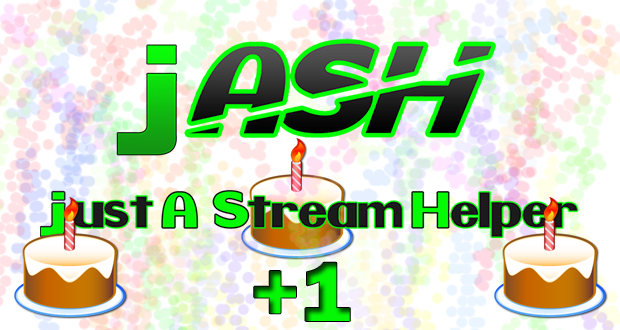 jASH – The story of a birthday

jASH just celebrated its first birthday!
I never imagined that this small dashboard tool would grow into such a big and popular project.

The project was a small rewritten version of the popular Dashboard lite. After months of learning C# and rewriting the code, i finally finished the first Open Beta version of jASH v1. Back on 16th April in 2014 i wrote the first news about it … jASH was first published only in german language, so i’am sorry about being only able to link to the german news from the past(http://www.justgameplay.de/blog/jash-just-stream-helper-dashboard/).

At this point i thought jASH v1 would be a small project, but every week i recieved more feedback, so i started to add additional features. One of the most requested features was Twitch-Partner options, like Sub-Alerts and active Subscriptions. After some refusals looking for help from active Twitch-Partners i met HerrDekay (www.twitch.tv/herrdekay) on twitch. He helped me out with a lot of jASH testing. So i’m really grateful for Dekays‘ help back there (I really appreciate that my friend).

After a meeting with @nowSimon in May 2014 I got my Twitch-Partner contract (Thanks Simon my brother in London #KappaBoyZ). Finally I was able to develope and test Partner features without spamming HerrDekay (Again, sorry about that my friend :)). After including Sub-Alerts and added export abilities, jASH grew popular and downloads increased. Because of the success of jASH v1 I’ve decided to build a rewritten, more powerful and better looking version of jASH. I talked to @woogyface and we thought it would be a great project for us, so we started with some design examples in august 2014. From now on we worked on jASHv2 day by day to improve your jASH experience. 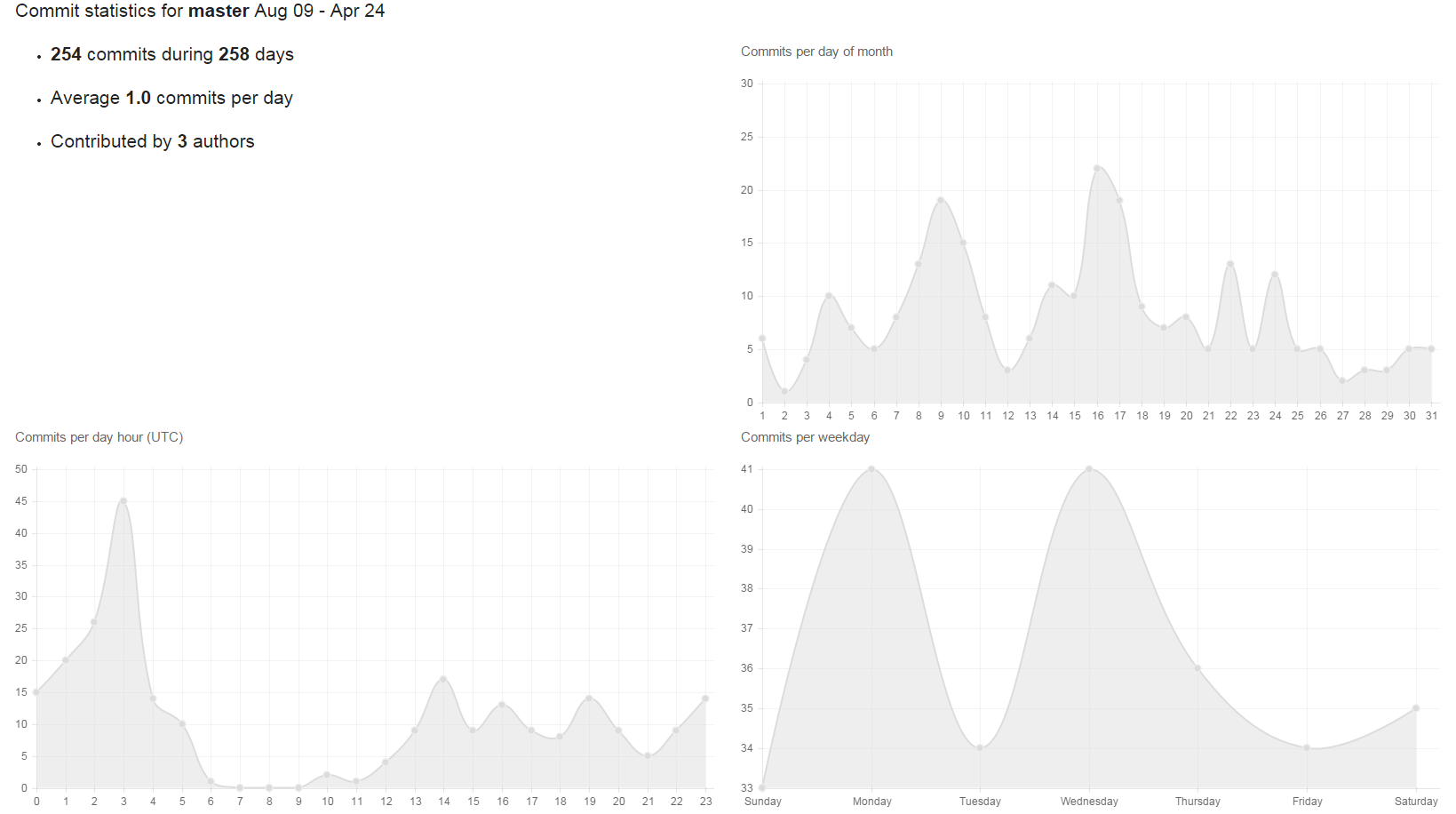 Early 2015 we started with the Closed Alpha of jASHv2 and we received a ton of input and feedback, so we decided to extend the closed alpha to the end. We want to include all features before we release a Beta or Stable version. That doesn’t mean you can’t use jASHv2, jASHv2 is much more stable than jASHv1, so feel free to join the Closed Alpha by subscribing our Twitch.tv Channel. V1 and V2 can be downloaded here.

Sadly in March 2015 woogyface decided to leave the project because of personal interests. I’m grateful for everything woogyface contributed to the project. Thanks alot my friend and I wish you all the best for your future projects and real life. #ChillinChiefKing #Kappa

So why am I writing this? Mmmmh i don’t know. I think it’s time to give you some historic overview, lol.

I think I just can’t thank everyone enough for your awesome and extended support.  Hopefully we can create much more awesome moments. And now … back to jASH development. See you 🙂 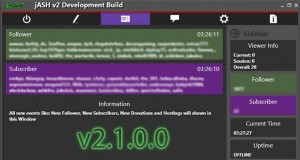 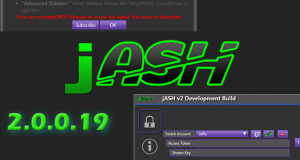 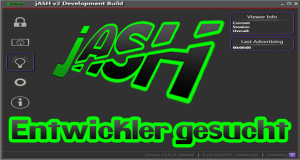 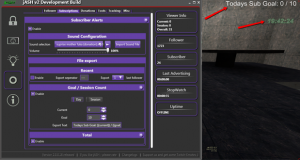